Every once in a few years I get the urge to visit New York City. I cannot explain it rationally but the City feels like a second home town to me. This fall I will cross the Atlantic, this time with a cruise ship. Yay! With New York as a starting point I will be visiting one of the most iconic places of the United States: Fallingwater!

I will spend some time in New York, where there are plenty of buildings I have yet to discover. When I think of New York, I can hardly contain myself to create a wish list of places I want to see. Guaranteed that this list will never fit into a journey of a few days 🙂 To prove that I cán make hard decisions, here’s a list of only 10 great places I hope to get at least a glimpse of when I’m in one of my favorite places: 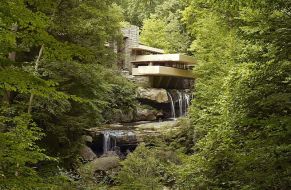 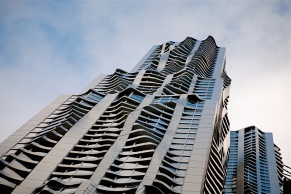 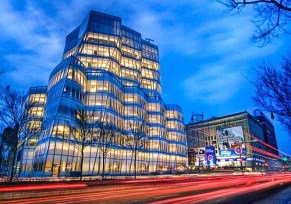 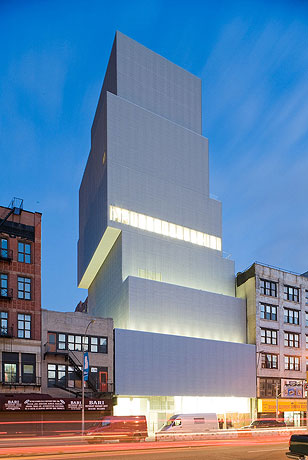 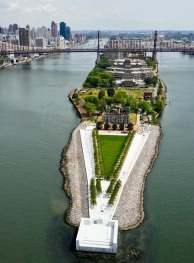 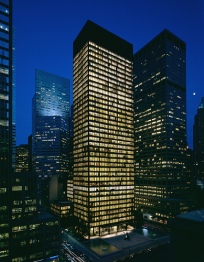 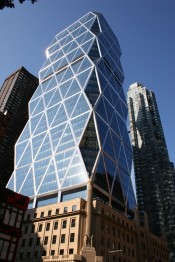 Bank of America One Bryant Park by Richard Cook 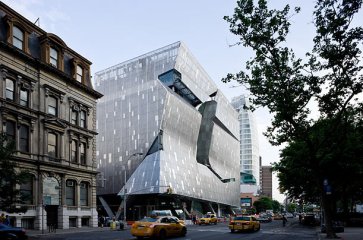 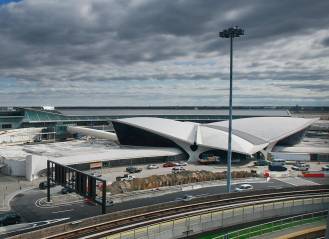 A day trip will lead me to Fallingwater in Pennsylvania, one of Frank Lloyd Wright masterpieces, which was an inspiration to many.

In the City that never sleeps 8 Spruce Street by Frank Gehry will be the first building I’m looking for. I’m heading for the Brooklyn waterfront to see it from it’s most “mesmerizing” side. The building received the 2011 Emporis Skyscraper Award. It’s a residential building and Frank Gehry’s first skyscraper.  The building is 76 stories high and still has a few apartments for rent, maybe I can get in pretending to be a future renter. It will not be my only encounter with Frank Gehry, the IAC Building is also on my wish list. It’s an typical Gehry office building which for me looks a bit like the top has been cut off, compared to other Gehry buildings.

A visit to New York isn’t complete with at least one museum on your itinerary. The New Museum by SANAA reminds me of the structure of the MAS in my home town. It looks like a bunch of boxes put on top of each other and thus is a perfect reflection of the City with it’s square streets and buildings that resemble blocks.

A few years ago Roosevelt Island was only worth a visit because of the trip with the Roosevelt Island Tram right next to the Queensboro Bridge. Since the City decided to go forward with the construction of the FDR Four Freedoms Park, the tram will bring more visitors to the little island in the East River. Louis Kahn designed the park in 1974, in October 2012 it was opened to visitors. From one modernist to the other, I have to go and visit the Seagram Building by Ludwig Mies van der Rohe. It’s a classic finished in 1958 and is still the standard for the modern skyscraper.

But enough of the modern classics. Sir Norman Fosters‘ Hearst Tower is one of New York’s first “green” office buildings together with the Bank of America One Bryant Park by Richard Cook. The latter is one of the most energy efficient skyscrapers in the world. For example the steel beams that are used in the building are made of compressed scrap of cars and washing machines. Through the green roof, water is collected and then used within the building.

41 Cooper Square by Morphosis is another New York Classic located in the East Village that I don’t want to miss. And my flight isn’t booked yet, but if I can leave from JFK, I will try to visit the TWA Flight Center by Eero Saarinen.

I’d better get myself a New York Pass! Hopefully the Empire State Building will greet me with her new lights. And who knows, maybe I end up one evening at the Met?

Hmm, maybe staying in New York for a few months won’t be such a bad idea…